Intimate Portrait
Sense and Sensibility
Li Ka-fai, Ziggy
2019
10
I like to observe and take pictures of objects that resemble human faces, such as power sockets – with two circles and a straight line staring back at me as if they were alife.

What do you associate when you come across adjectives such as fluffy, round and lovable? Most of us may think of girly knick-knacks or cartoons. But what if a man is drawn to fluffy stuff, and creates round and endearing characters? There is nothing “unmanly” about it, of course, and the male gender is fully entitled to “being cute”, too.

Li Ka-fai, Ziggy (L7-04) is the man of cute. A graphic designer and illustrator by trade, Li has also dabbled in arts research and handicraft (being the founder of creative brand, “Little Lamb Is Falling Down”). While his mind is usually logical and practical as required by a designer, deep down he is also a man of sensibility. Bringing out forgotten childlike qualities and warm fuzzy feelings are some of the effects his works have on his audience. 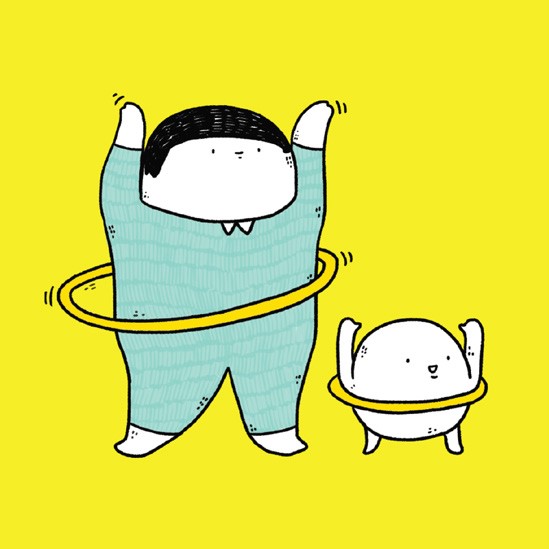 J: Do you prefer visual arts or design?

L: I have had plans to enter the design industry since secondary school, so I enrolled in the Hong Kong Institute of Vocational Education after completing Form 5. I was later admitted to the Academy of Visual Arts at Hong Kong Baptist University, and was able to encounter disciplines other than design, such as ceramics. Although the tutors considered my thoughts rather rational and suited for design, I am finding myself more partial to visual arts.

The thinking behind visual arts and design could not be more different. Design focuses on application, rationale and the process of problem-solving; whereas visual arts is nothing “by the book”. With visual arts, I always challenge myself by exploring different mediums, in an attempt to reach new heights, so to speak. Therefore, for my graduation piece at the Academy of Visual Arts, I presented a mould-made installation instead of drawings, the latter being my strong suit.

The work is titled, House Hunting, for which I collected soil from different housing estates in Hong Kong, and moulded them into more than 300 tiny monopoly-like houses. Each house is numbered according to the date when the soil was collected. Although methodical in treatment, the work in fact refers to the poem The Potter by Mei Yaochen from the Song dynasty: “The potter uses all the clay before his door / Yet has not one tile for his own house. / Those whose ten fingers never touched clay / Live in tall houses with fish-scale tiles.” This is a resounding truth that applies even to this day.

Food for thought: why does the same soil costs differently in different location? 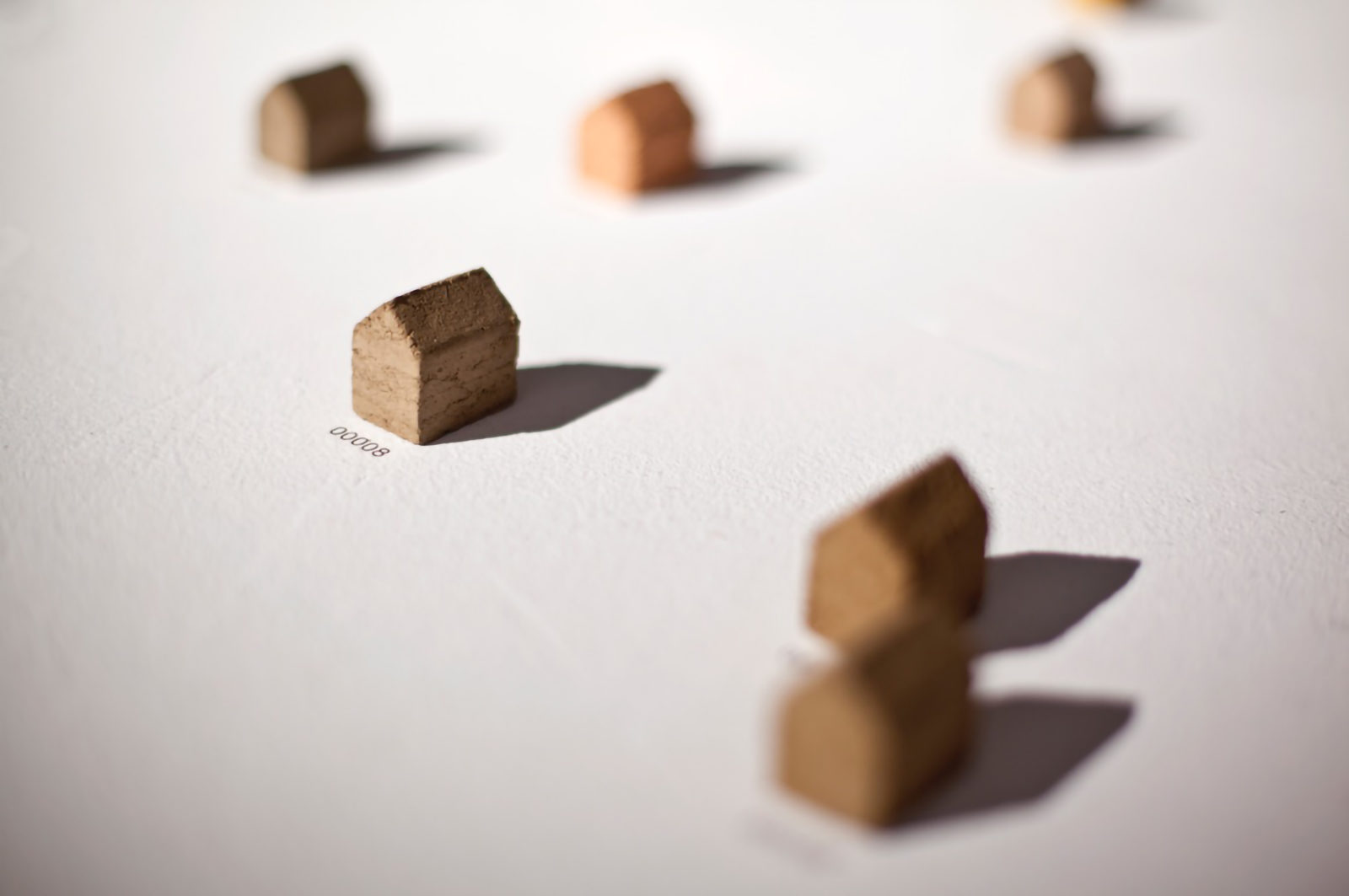 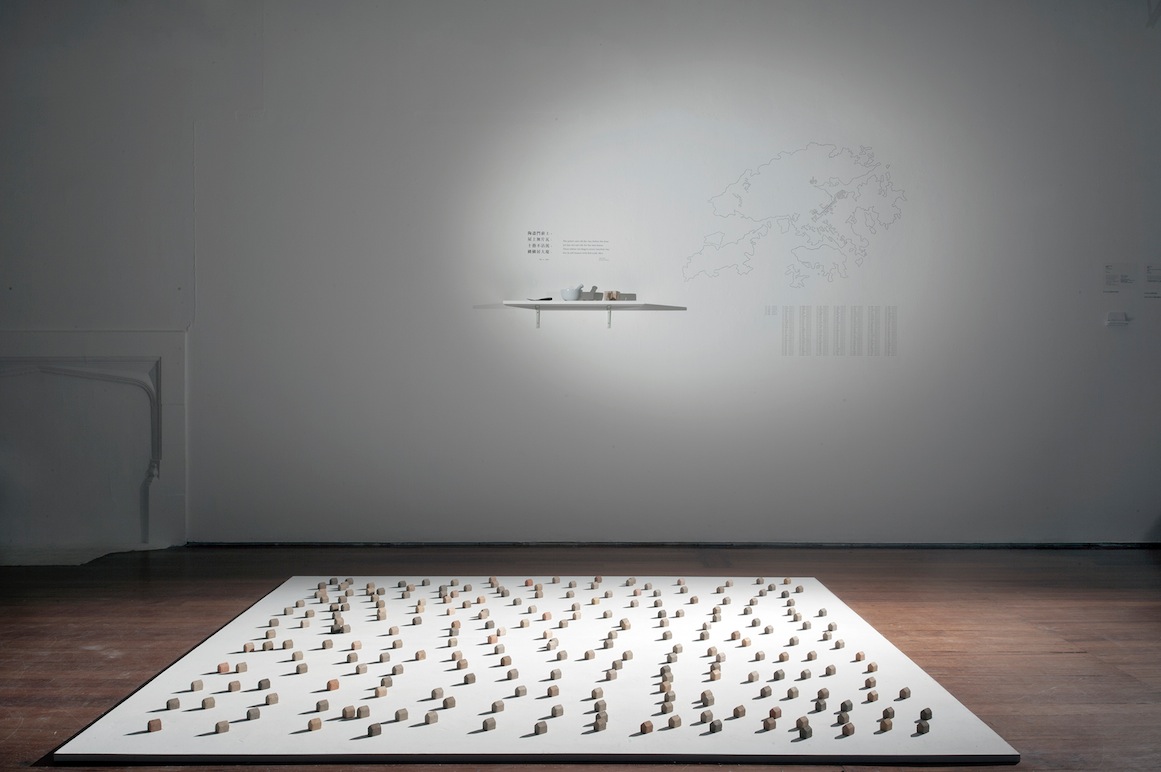 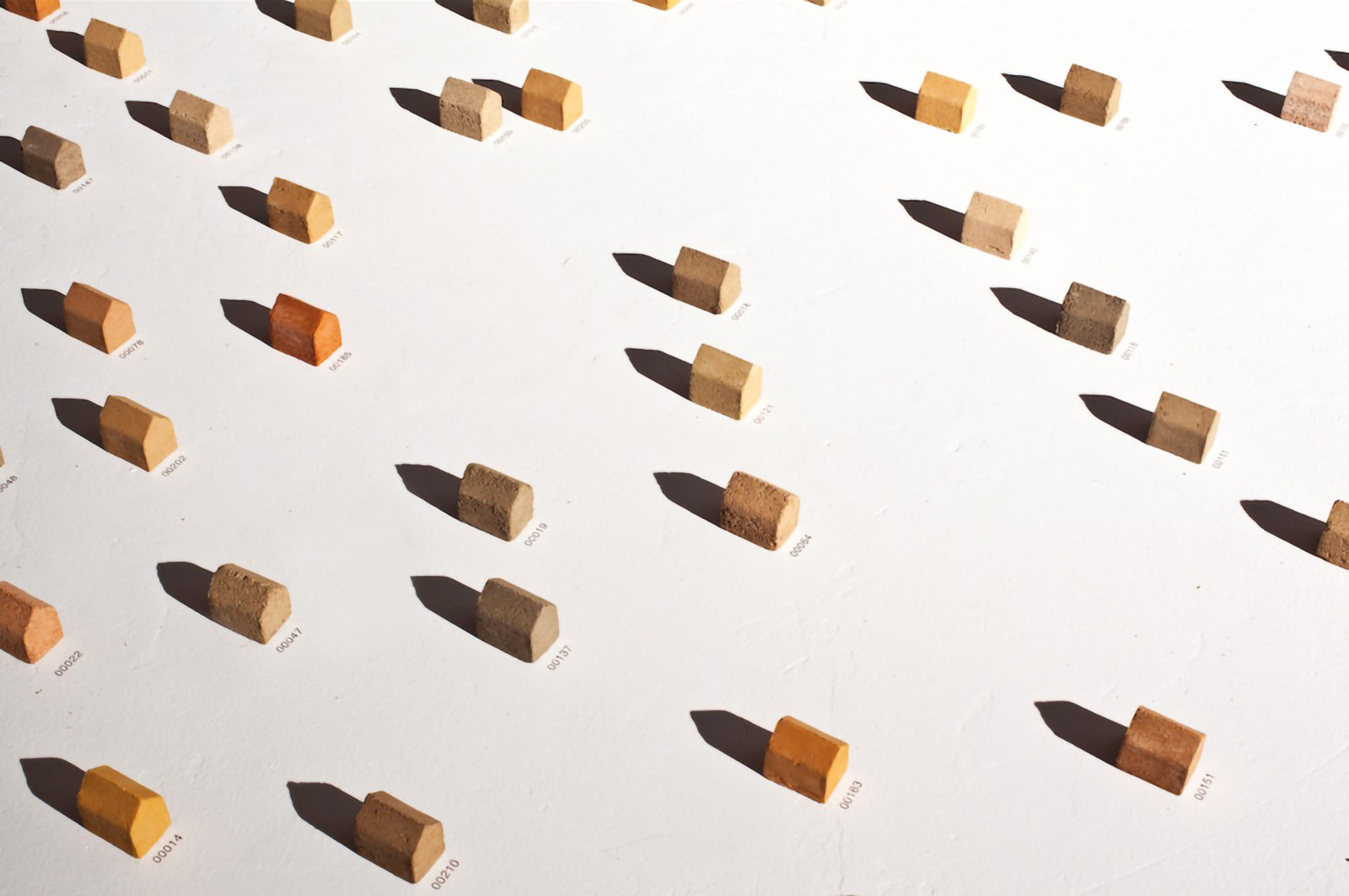 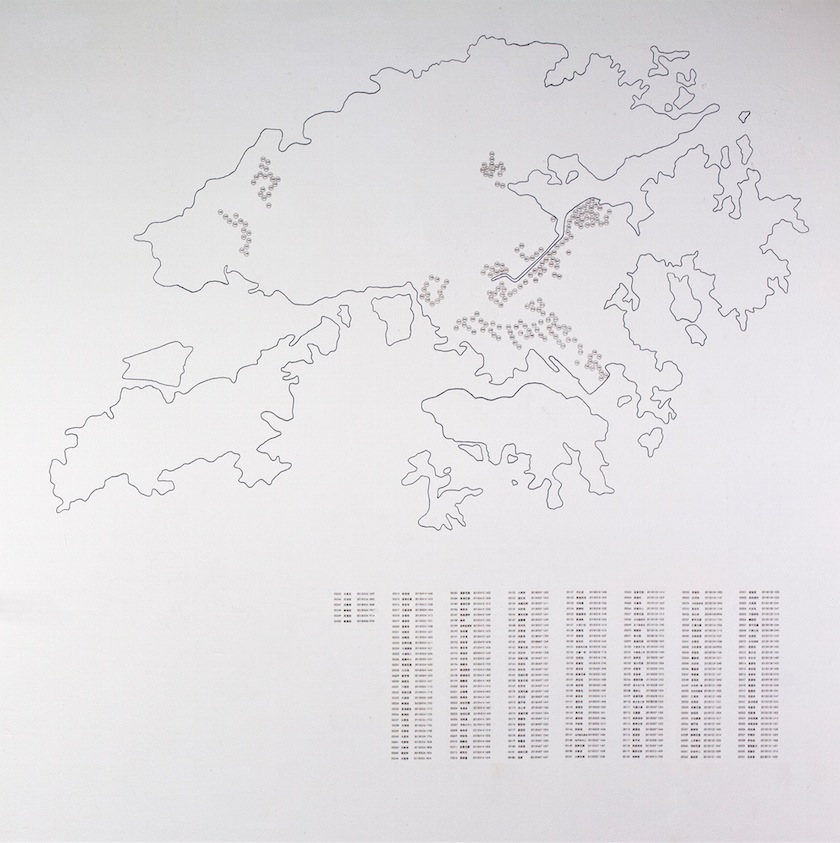 J: What prompted you to embark on arts research? And what does being a freelance artist mean to you?

L: I had been teaching drawing part-time, and originally planned to be an arts teacher in a secondary or primary school upon my completion of a diploma in education. After an internship, however, I realised that teaching arts at school is not at all how I expected. It was difficult to concentrate on teaching with a heavy load of administrative duties, not to mention the big classes I had to look after. Therefore, I decided not to pursue a teaching career despite being offered a position. Coincidentally, at that time an acquainted professor invited me to assist with her research on arts theory, I accepted the offer and, five and a half years flew by, I had supported the research, as well as designed the interface of the related webpage and mobile application.

Being a freelancer is a one-man band. There are definitely more things to learn than a normal desk job. I rather enjoy liaising with the clients. I used to be annoyed and unwilling to compromise when met with demanding clients.  But I have since learned to identify their concerns and perspectives, which is quite useful in having a persuasive discussion. Whenever I finished a project, I feel “levelled up” and elevated to a new phase in life.

J: Are your works usually inspired by everyday objects? What usually draws your attention?

L: I like to observe and take pictures of objects that resemble human faces, such as power sockets – with two circles and a straight line staring back at me as if they were alife. (Ed: This is called Pareidolia in study)

Some years ago, I participated in the “Between Objects” exhibition at the Hong Kong Baptist University Communication and Visual Arts Building, which showcased our connections with everyday objects. For this exhibition, we borrowed three erasers and recorded their history, including the time spent with their owners. The interesting thing about erasers is that they are rarely used up completely, but seem to grow legs and would go missing suddenly. Meanwhile, for the work about a crayon – Getting Old in One Painting, I drew inspiration from human growth. When we grow up, our height increases, life experience accumulates with age. On the contrary, a crayon simply “ages” and reduces in size by every “living” day. 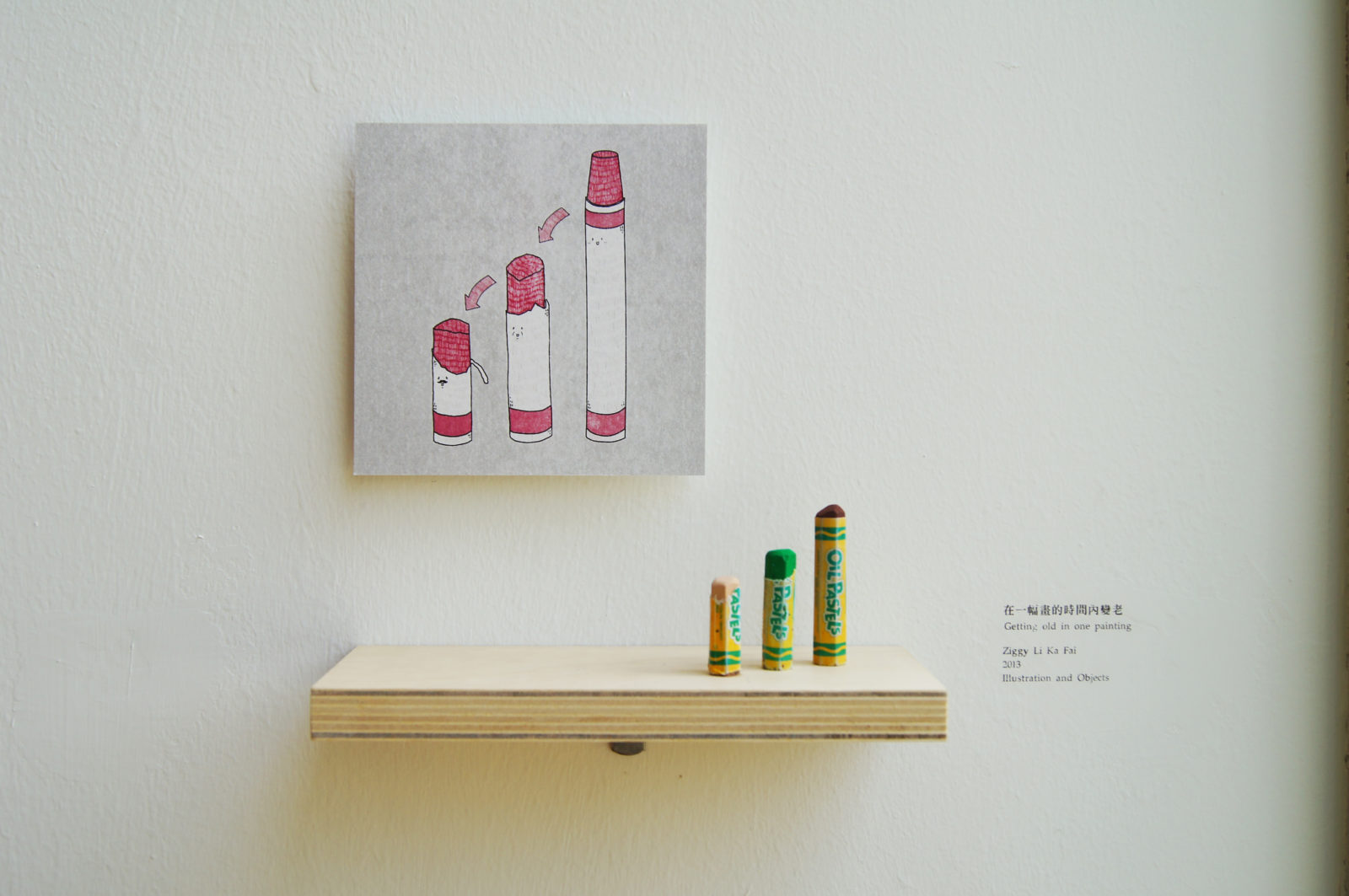 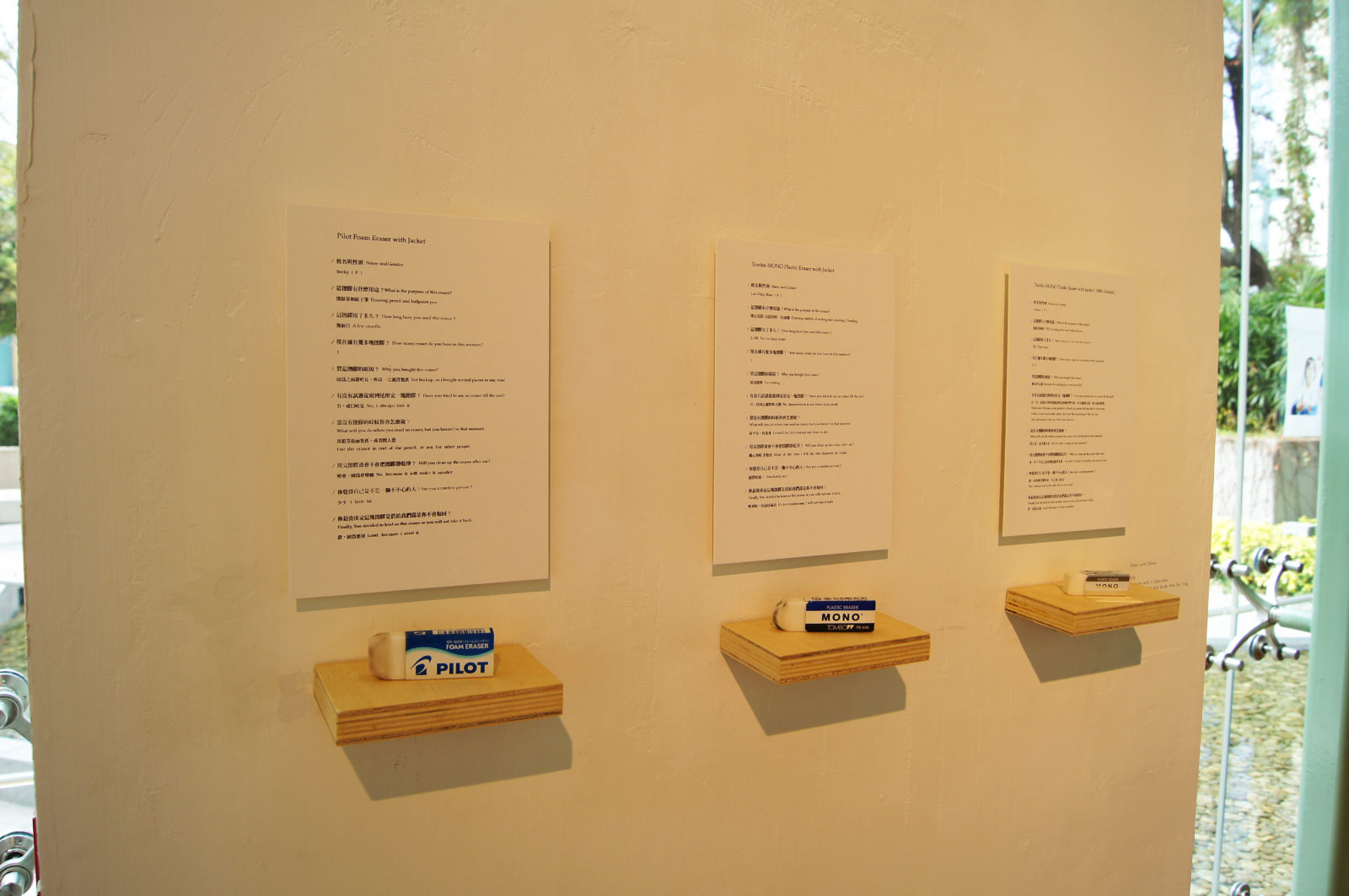 J: There is a delicate if not youthful and feminine touch in your drawings. Is this soothing and adorable visual style somehow reflective of your mind?

Illustration series by the artist

L: I am used to doodling with felt pens and markers. This is how my character Fat Boy with beady eyes and a round figure were created.  At handicraft fairs, I am often told by customers that they are surprised to know these illustrative works are drawn by a man. I think this drawing style may be related to my preference for fluffy things, as they remind me of my comfort blanket from childhood. Even as a grown man, I am still rather childish (chuckles).

Illustration series by the artist

J: What was your most memorable project?

L: The pre-show animation of Golden Harvest cinemas is my first animation production. I was a bit bold in taking up the project with little experience in animation, and had to start from scratch with this production. After lots of trial and error, I am proud and satisfied with the completed work. Subsequently, other organisations asked me to make promotional animation for holiday events. One of which had a very tight schedule, and I had to finish the animation at the airport as I was on the way out of town. Working while travelling is also quite a unique experience.

for the Golden Harvest Cinemas

My short-term goal is to participate in an overseas artist-in-residence programme, to explore artistic possibilities through exchange with local people elsewhere in an unfamiliar environment.

J: Any upcoming projects in the pipeline?

L: My short-term goal is to participate in an overseas artist-in-residence programme, to explore artistic possibilities through exchange with local people elsewhere in an unfamiliar environment. I am considering Hokkaido, Japan, or one of the islands in Taiwan or Thailand.

J: What are your thoughts on the development of the local design industry?

L: In recent years, clients tend to be more accepting, which allows more room for designers’ creative expression. They now understand the beauty of “white space”, and no longer request the designer to fill up the artwork as much as possible. This could be a result of the rise in the industry’s standard as a whole, stronger aesthetic senses of  clients, and a change in social preferences on visual imagery. 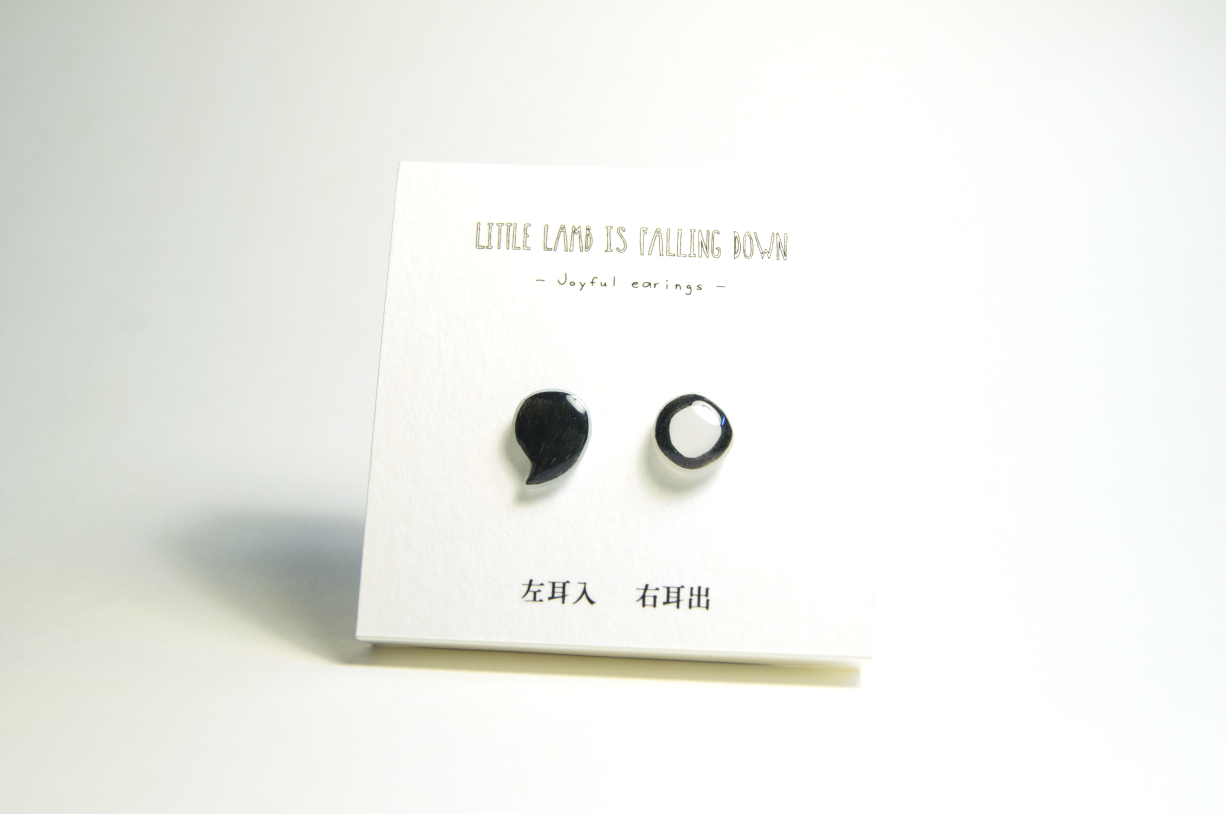 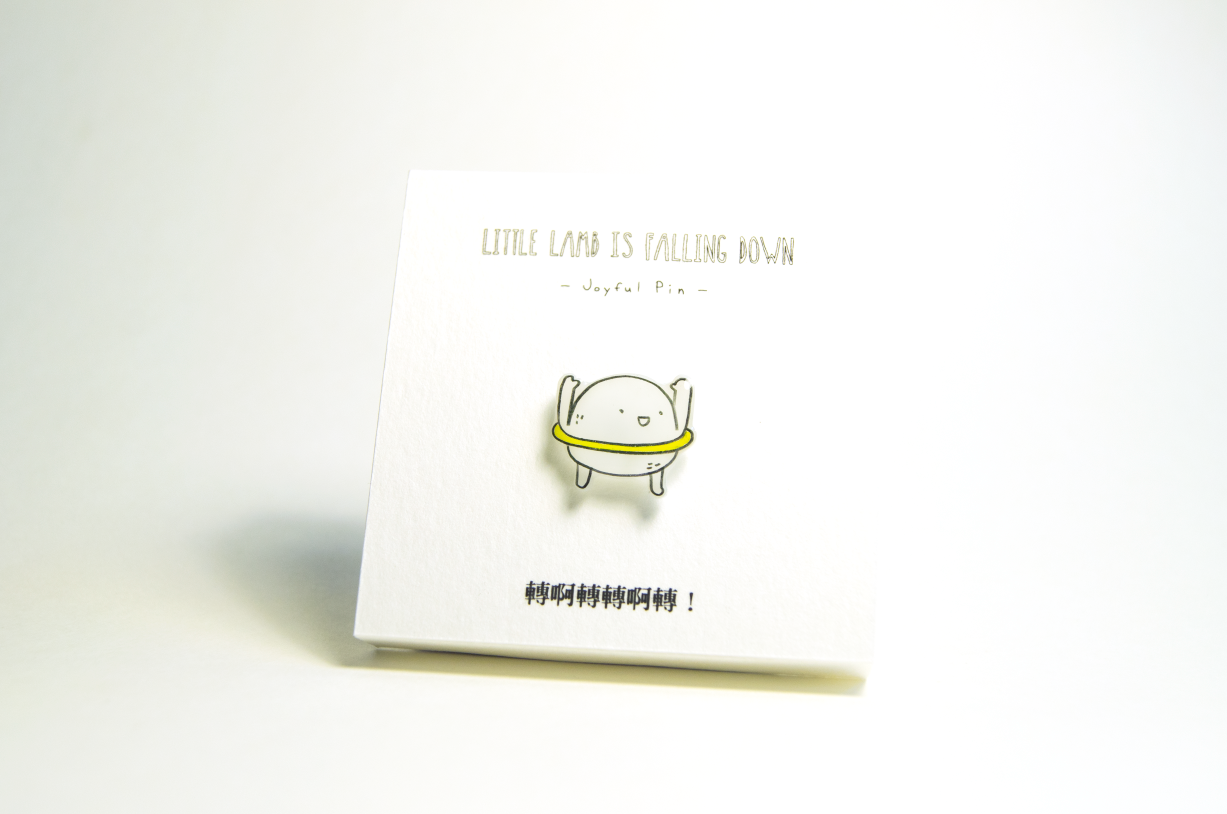