Intimate Portrait
Antic and Animated
Zhang Junjie, Jake
2021
05
Compared with live action, animation is more interesting as it is only limited by one’s imagination and creativity.

A good story leaves viewers with room for imagination and hints to discover “easter eggs”, instead of spoon-feeding all the details. Independent animation director/, screenwriter/illustrator and educator, Jake Zhang (L6-04) tells his stories with wit and dark-humour in his whimsical animation.

Zhang is currently Assistant Professor of Practice in Digital Arts of Computational Media and Arts at Hong Kong University of Science and Technology (HKUST). He is a former Professor of Animation at Savannah College of Art and Design (SCAD). His works have been awarded and selected in festivals all over the world. In recent years, Zhang is devoted to curating animation shows and cultural exchange projects in mainland China, Hong Kong and Taiwan.

J: How did you begin your journey in animation? What is animation’s appeal to you?

Z: I have always liked watching animation and drawing since a young age, even doodling on the walls at home. I discovered some natural talent in it when I first started learning to draw comics, which subsequently led to my enrollment in the Bachelor of Arts degree in Digital Media at China Central Academy of Fine Arts. After graduation, I worked in illustration and design at an advertising company. However, I have always wanted to create my own animations. This prompted me to go to the United States for further study. I was then fortunate enough to be recruited by SCAD to teach animation in Hong Kong, where I could continue with my own creative endeavours.

Compared with live action, animation is more interesting as it is only limited by one’s imagination and creativity. 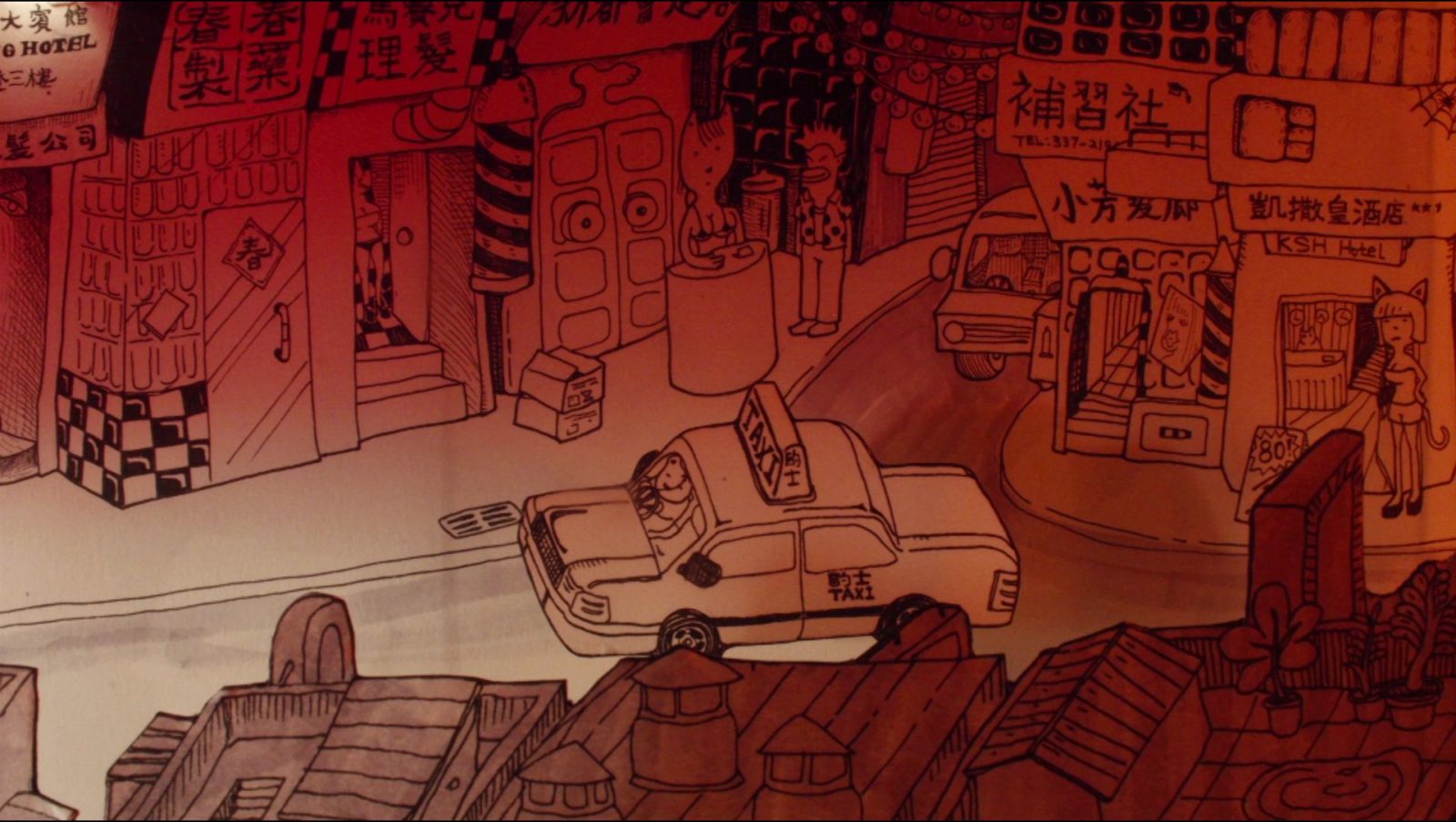 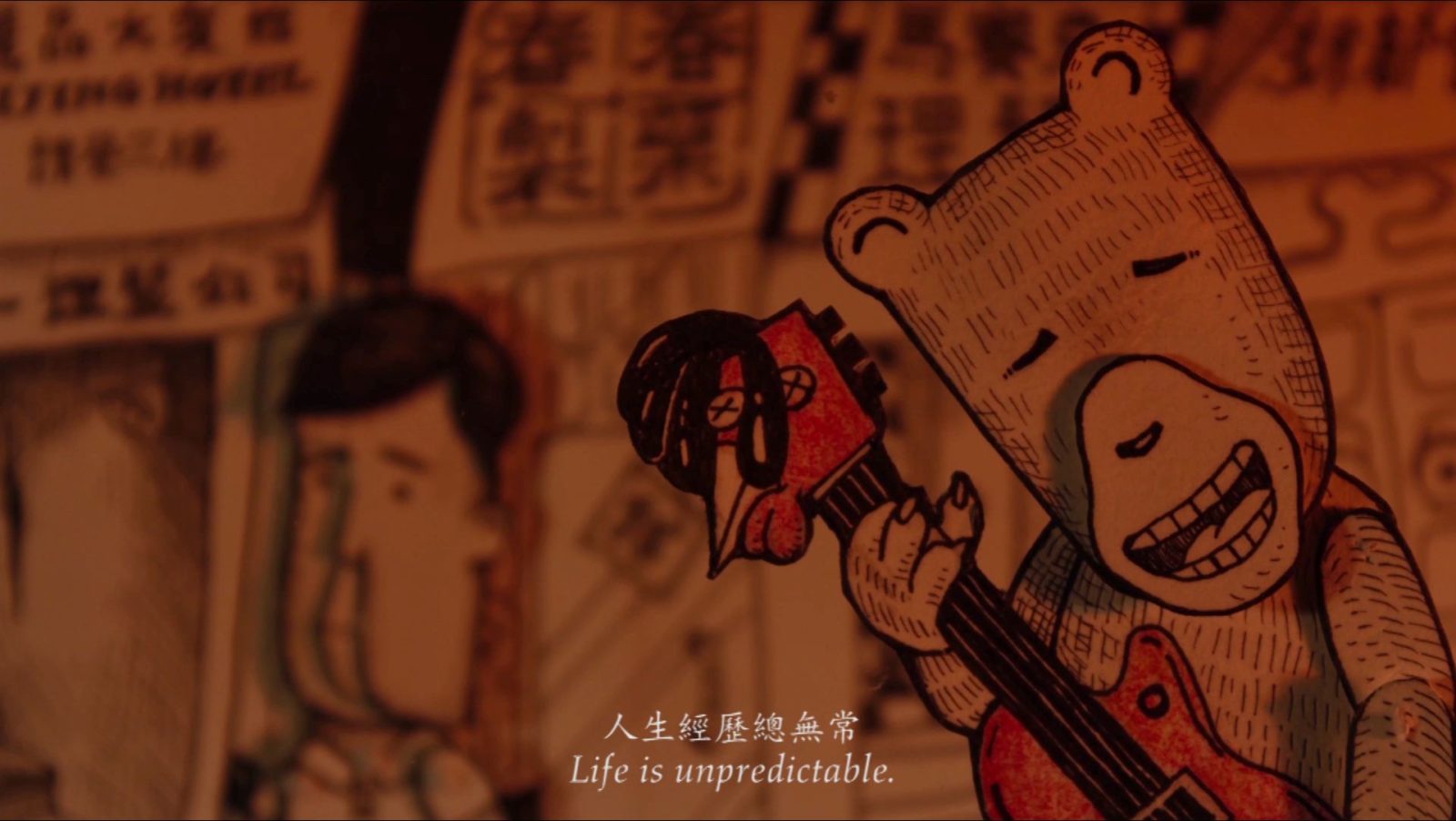 J: Could you share any insights on your MFA study in Animation and Digital Arts at the University of Southern California? How did it affect your artistic pursuit?

Z: Studying animation in the US has helped to unleash my full potential. During my studies, I produced an independent animation every year, and obtained considerable resources and awards. It was very encouraging.

China Central Academy of Fine Arts focused more on fine art and aesthetics. Although there was considerable freedom in module selection, I often needed to explore on my own. With my less-than-sophisticated skillsets then, I created stop-motion animations and music videos that were relatively simple, for example, the music video Sad John, which was based on a song by My Little Airport, and the experimental Mosaic Dance. These earlier works were mainly driven by music or images. I would first draw some pictures, and then turn them into a story.

Meanwhile, I learnt more about animation principles, story structure and screenwriting in the US, for example, Disney’s twelve basic principles of animation. Equipped with such knowledge and techniques to elevate the quality of motion and continuity, I was able to make my animation truly story-driven.

J: As an animator who has lived in the US, Hong Kong and mainland China, how are your works influenced by each of these places?

Z: I was born in mainland China, which had the greatest impact on my childhood and early works. However, I am from the province of Guangdong, so my family used to watch Hong Kong television programmes at home. Therefore, it is hard to discern between the individual influences from Hong Kong and mainland China. I am also fond of Hong Kong films, in particular those by Stephen Chow and Pang Ho Cheung. Their works perhaps shaped my preference for dark humour. My experience in the US has broadened my vision and deepened my understanding on eastern and western cultures. 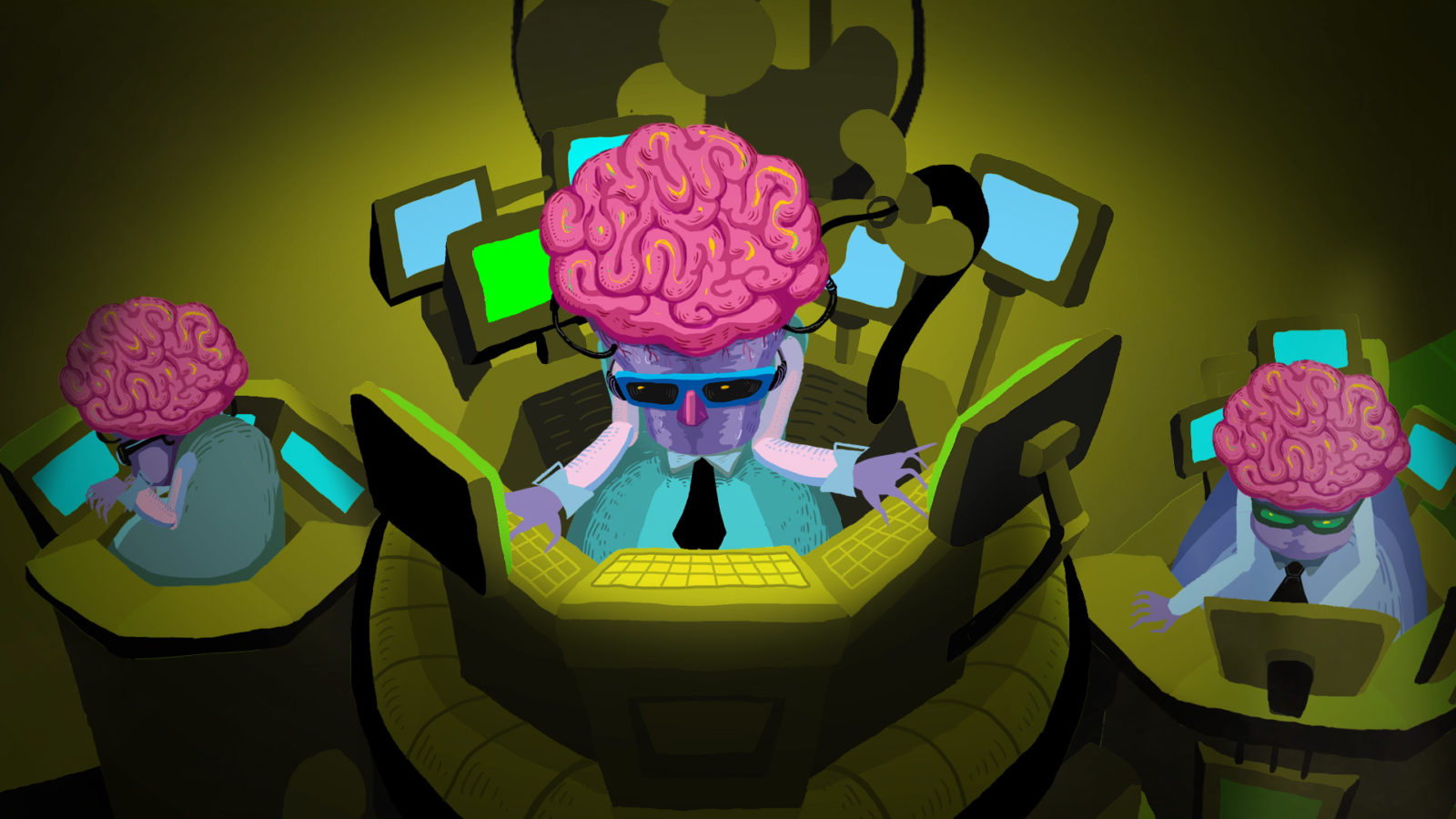 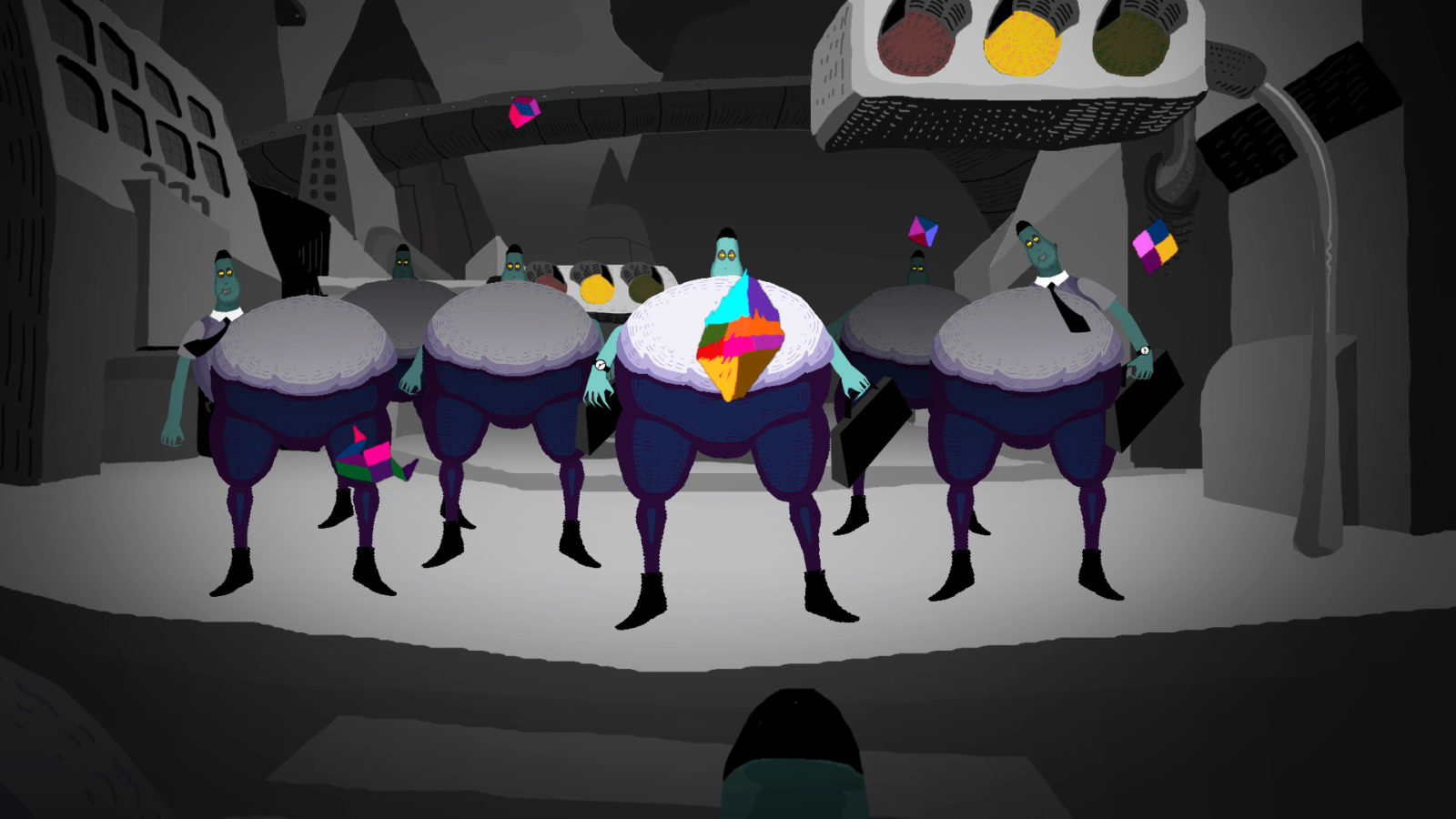 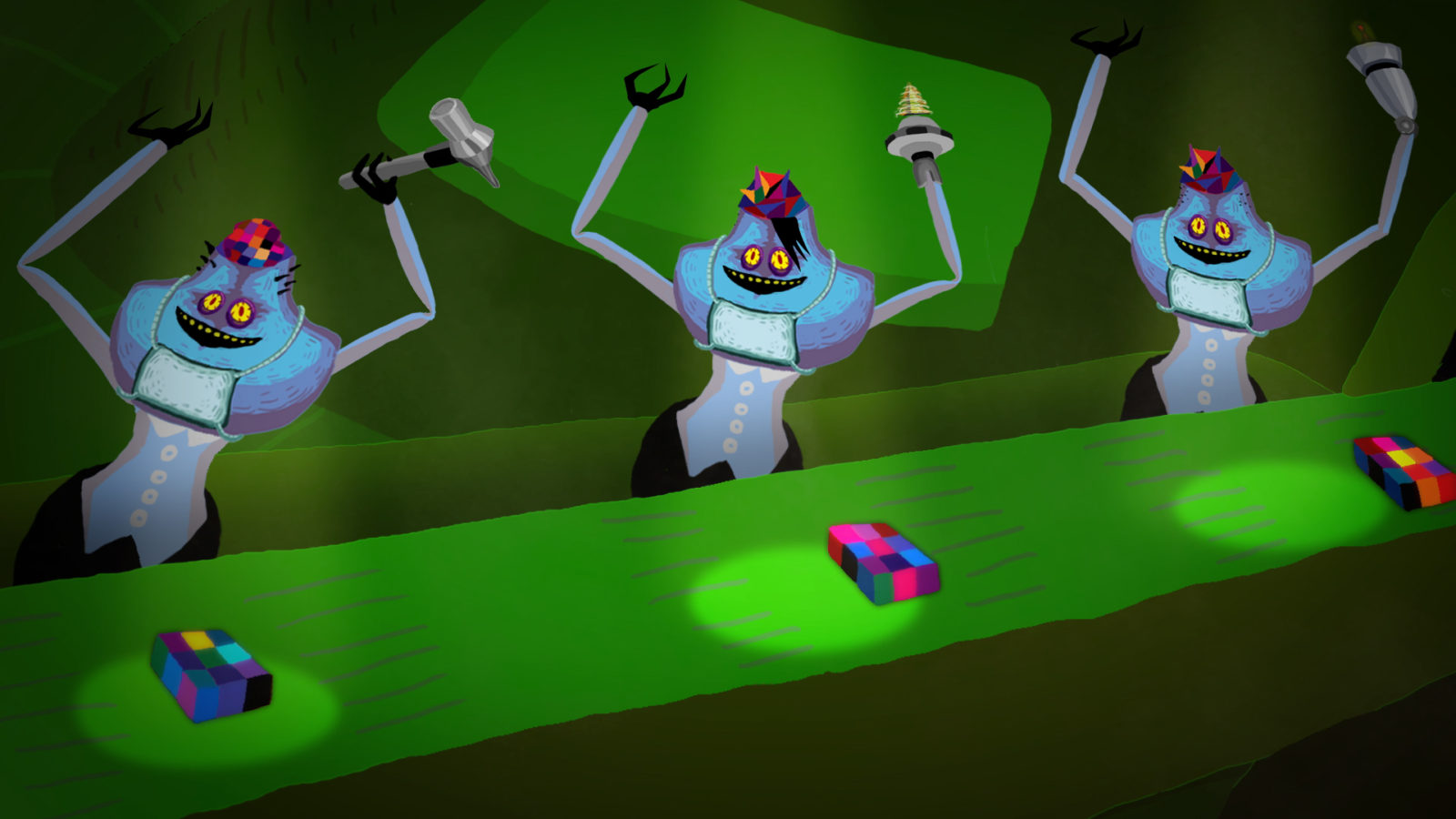 J: Where does your inspiration come from? 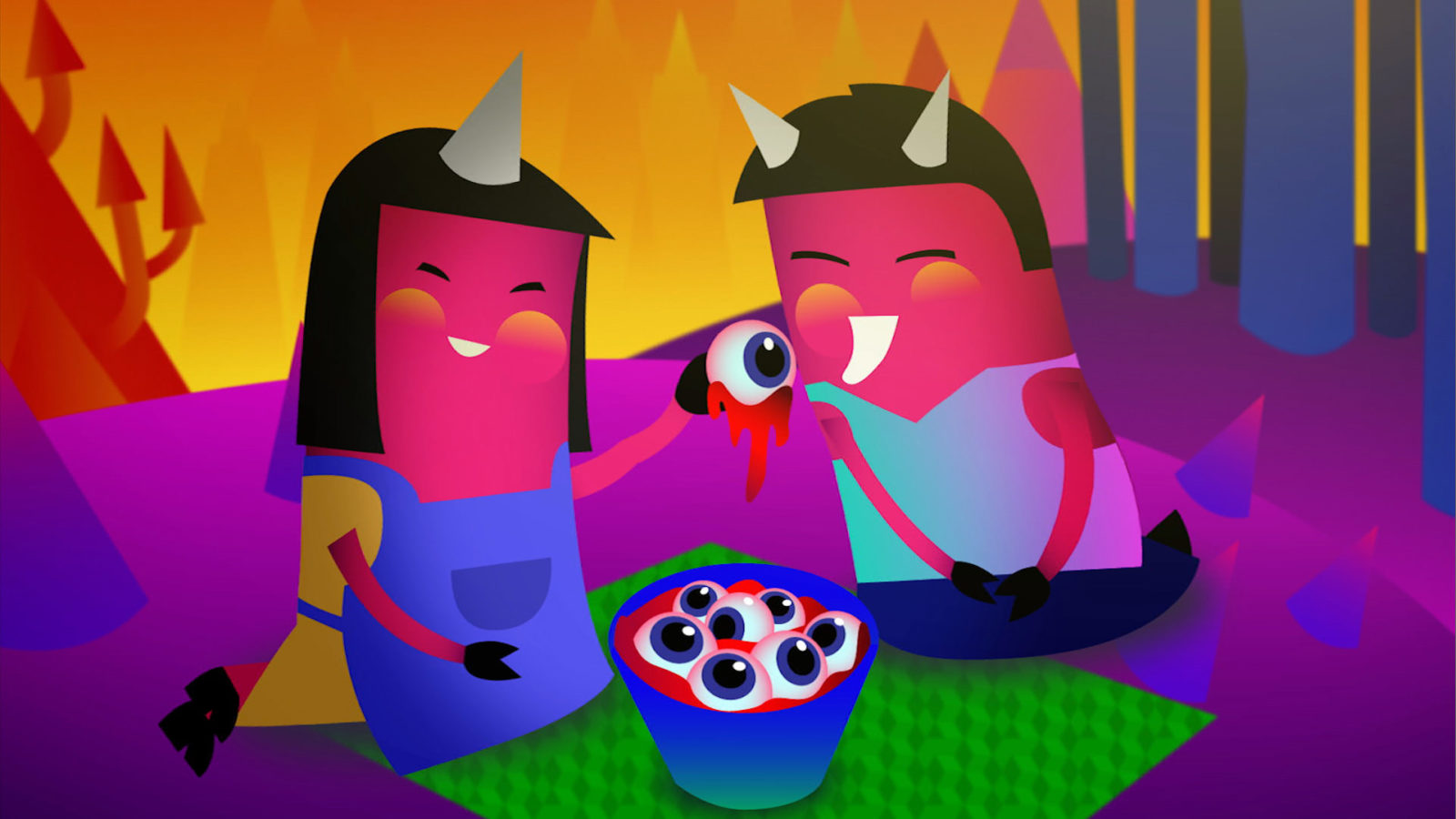 Z: My inspiration often comes from daydreams  and reflections on social phenomenon. Hell! Visa, for example, was inspired by frequent talks about immigration by people around me, who seem to have this overly idealised impression about foreign places. A friend of mine was developing a video game about hell at the time and asked me to be the art director. Sort of as a joke, I created this short animation about getting an immigration visa to hell.

Pokey Pokey reflects on helicopter parents’ overprotectiveness towards their children. The exaggerated eye-poking action is inspired by how some parents try to “protect” their children from seeing inappropriate things by covering their eyes. I was pleasantly surprised on this work being an official selection for “Political Animated Short” at the KLIK! Amsterdam Animation Festival. It seems to elicit that people from different places and backgrounds do have unique interpretations on the same source material. 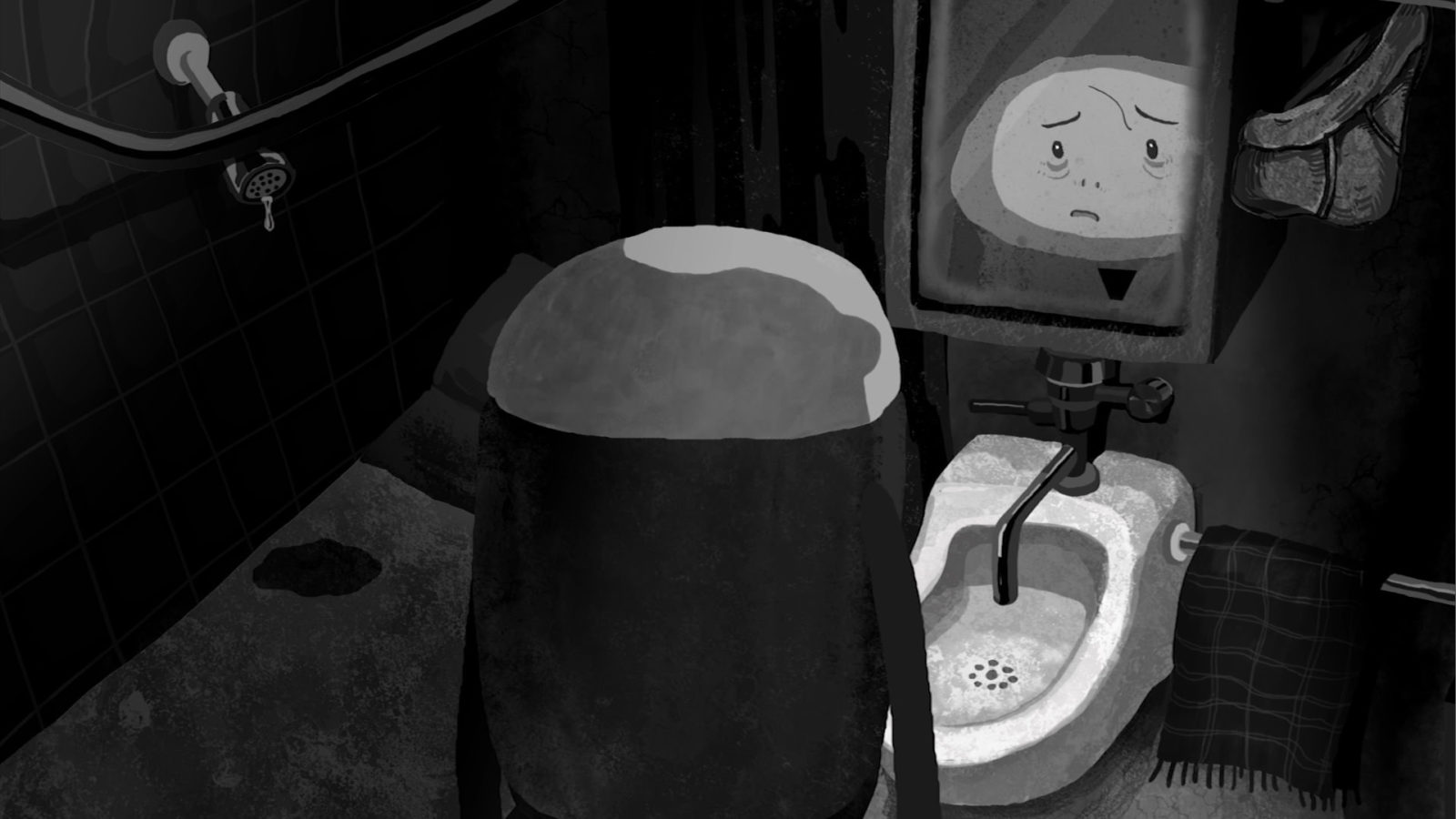 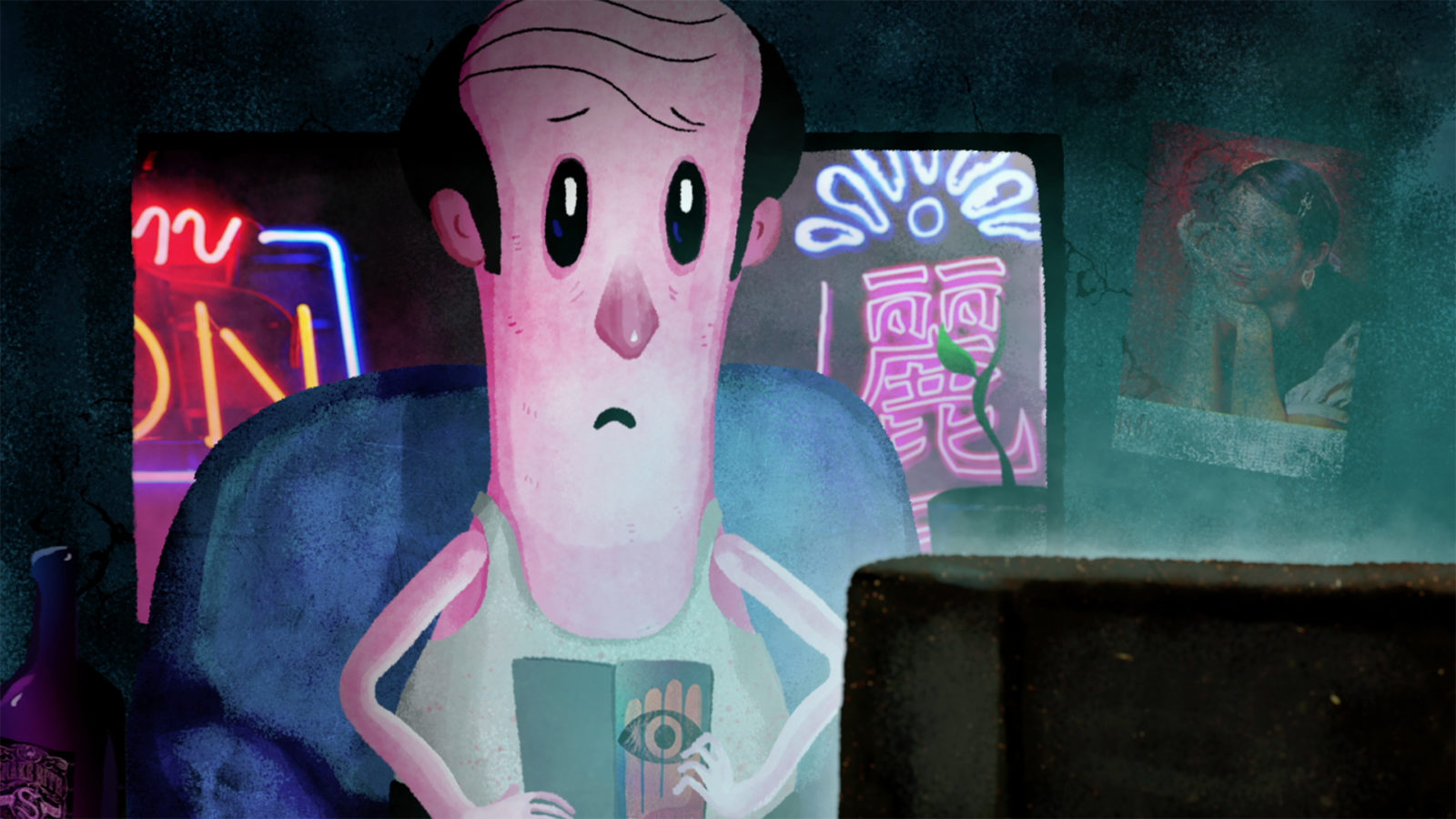 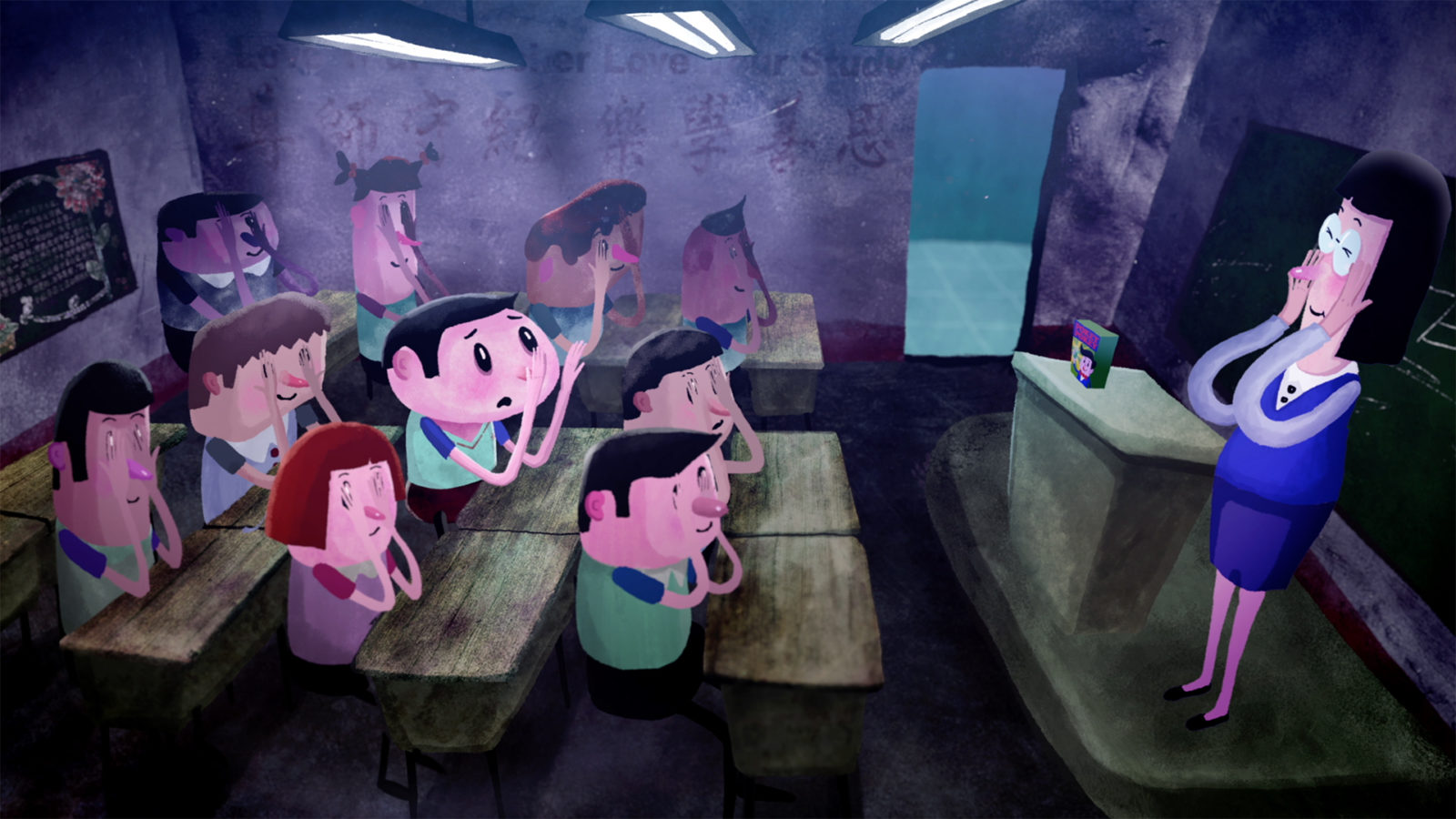 J: Could you tell us more about the plot of Blood Swim, your latest animation?

Z: This animation took nearly ten months to complete with the help of my students at SCAD, and won the Gold Award in “Small animation enterprises (basic production)” of the 8th Animation Support Program. The story focuses on the relationship between man and woman, with the object of the man’s desire inhabiting his body. The concept came from discussions on female objectification, and the elements of illusion and blissful ignorance when one is in love.

J: Can you share your insight and experience on teaching animation?

Z: An important aspect of creation is self-understanding. Therefore, I always encourage my students to be introspective and to develop the habit of keeping a diary, e.g. through sketches, to build their own visual library. The sentences, drawings, scenes or characters will gradually accumulate and transform into an animated story. Experience also taught me that stories written during the teenage years could likely become raw material for building future works.

Storytelling directly correlates to how good or engaging an animation can be. First of all, you need to know some of the traditional formulas of storytelling (for example a hero’s journey), then identify the “keywords” of your work — feelings or messages you wish to convey to the audience, and then further to develop your work around these elements. There is no need to spell everything out in animation. On the contrary, it is best to leave room for imagination, so that the audience can make their own interpretations.

J: What is your view on the development of animation in mainland China, Hong Kong, and Taiwan?

Z: The standard of Asian animation is rapidly rising in recent years, especially for independent animation in mainland China. I believe key contributors are the number of animation specialists and graduates of related disciplines who returned to China after their studies aboard, as well as their visions’ influence on the animation industry. Independent animation in Taiwan and Hong Kong is just as outstanding, but they lack large-scale and specialised animation companies to drive the industry. In addition to business opportunities and award recognitions, more support and resources are needed for animators.

An important aspect of creation is self-understanding.
Q8. J

J: Any new challenges looking ahead?

Z: Computational media art, which integrates technology and art, is an entirely new field of study for me. While continuing to teach animation at HKUST, I also hope to have more exposure to technologies – including virtual reality and big data – and to keep abreast of the latest technological developments, with the view to applying them to animation production or game design in the future.